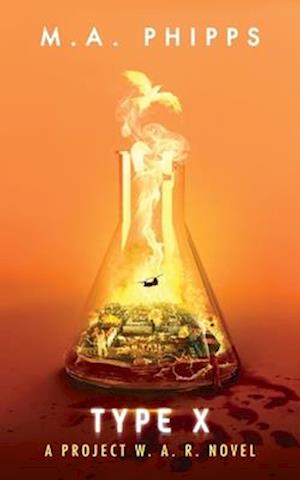 Feared by many. Frightened of few. Torn between humanity and the monster she's become.

When Wynter surrendered to the DSD two years ago, she thought she was protecting her friends. Lured by the promise of a cure, she hoped she might finally be rid of her devastating disease or, at least, be on the path to controlling it. But Dr. Richter was never interested in curing her.

With a collar around her neck keeping her unstable powers in check, Wynter is transformed into an unstoppable weapon. Compelled to do the State's bidding, she kills without feeling, remembering nothing of the people she gave herself up to protect. Her only thought is to obey.

When a mission goes wrong, triggering suppressed memories, Wynter finds herself determined to piece together her past. But as she uncovers the truth, she realizes it's no longer clear who the real enemy is, and with the threat of war looming, she must again make a choice. Can she escape her role in the impending destruction?

Or is she doomed to remain a monster forever?