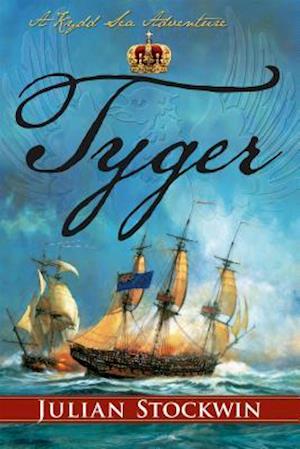 The latest volume in the popular high-seas nautical adventure series featuring the dashing and debonair naval commander Thomas Kydd. Kydd is offered a new command but that ship is still under construction, so he decides to look up one of his old naval friends and enjoy some of the pleasures of London. This is cut short when he is summoned to Portsmouth to bear witness at the trial of Sir Home Popham for his actions at Cape Town and Buenos Aires. Kydd confides in friends his true feelings about the way his old commander was treated and, when his opinions become public, finds himself in hot water with the Admiralty. Kydd is punished for his indiscretion by being given a different command: a mutiny ship, Tyger, moored at Yarmouth. On board he faces numerous challenges from a hostile and dejected crew, still under a malign influence. It will take all of Kydd's seamanship and leadership in voyages to the far north and in Baltic waters to turn the ship around. The measure of his success is tested in a cataclysmic battle against three Prussian frigates under the French flag.