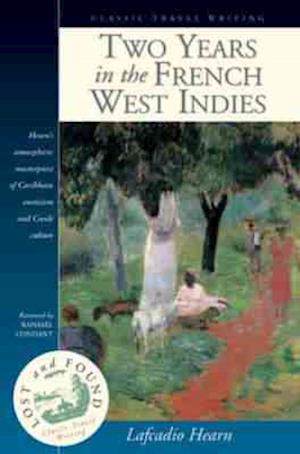 In October 1887 the writer and translator Lafcadio Hearn sailed from New York to Martinique. Intending to stay for a few months, he remained for two years. He viewed French-ruled Martinique as an exotic fusion of European, African and Asian influences, the Creole society par exellence. Describing the island's landscape, its flora and fauna, its colonial architecture and rural villages, he provides a picture of a Caribbean colony where slavery was a recent memory and race an all-importan matter of identity. First published in 1890, this work also offers an evocation of the doomed city of Saint Pierre, devastated 12 years later in a volcanic eruption. Hearn also presents insights into the daily lives of Martinicans. Exploring their folk tales, music and Creole language, he portrays a world of sensuality and mystery, in which traditional storytelling conjures up a dimension of sorcery, ghosts and zombies.

Nummer i serien:
No 1