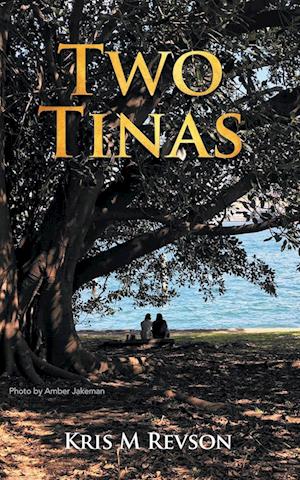 Two Tinas is a second novel by the author of Alison's Wish. It follows Tina's struggle to lead a normal life despite rejections and traumas she experienced since early childhood. It is written in a first person and at times it seems like it is a real-life story.

Tina cannot recall her life in chronological order. It makes knowing who she is a constant struggle. When she attempts to remember her past, she can only see short, disconnected, mostly silent movies. Occasionally, there is a soundtrack which helps her place these memories in the year or time of her life, but the character, Tina, and the part she plays in those movies do not seem real to her.

Even her lifelong friend, Lucy, appears not to notice that Tina is a different version of herself virtually every time they are together.

Tina questions her on and off marriage to Ian the most. While it lasted a long time from the beginning, it was different to what she expected.

With many Tinas living inside her, is it possible for her to know for sure who the real Tina is? Would she reclaim the sense of self and discover true love before it's too late?

The plot is complex due to many family secrets, as well as Tina's inability to remember her life in chronological order. Even when she remembers something from her past, the memories seem to her like they belong to someone else.

All her life Tina struggles to discover her true identity and to lead a normal life, but most of all she wants to love and be loved.

Despite her exceptionally difficult life Tina is a survivor and slowly she is able to regain some sense of normality. It seems that although her ways of coping may be unconventional, she manages to maintain her friendships and to work as a successful interior designer.

The author, a retired Clinical Psychologist, has chosen not to model Tina's character on any known or diagnosable psychiatric disorder. However, many of Tina's coping strategies can be seen in trauma survivors.

The book ends on a positive note allowing the reader to see that even after life long struggle, there is always hope.

Two Tinas resemble the styles of Australian authors such as Di Morrissey and Lianne Moriarty who create strong female characters entwined in family and life dramas. It has commonalities with Joanna Nell's writing as her books express an unconditional respect for older people and hope that life does not end before it ends in a biological sense.