- Mexico, the United States, and the Road Ahead 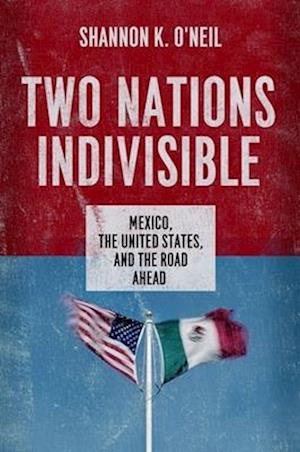 Five freshly decapitated human heads are thrown onto a crowded dance floor in western Mexico. A Mexican drug cartel dismembers the body of a rival and then stitches his face onto a soccer ball. These are the sorts of grisly tales that dominate the media, infiltrate movies and TV shows, and ultimately shape Americans' perception of Mexico as a dangerous and scary place, overrun by brutal drug lords.

Without a doubt, the drug war is real. In the last six years, over 60,000 people have been murdered in narco-related crimes. But, there is far more to Mexico's story than this gruesome narrative would suggest.

While thugs have been grabbing the headlines, Mexico has undergone an unprecedented and under-publicized political, economic, and social transformation. In her groundbreaking book, Two Nations Indivisible, Shannon K. O'Neil argues that the United States is making a grave mistake by focusing on the politics of antagonism toward Mexico. Rather, we should wake up to the revolution of prosperity now unfolding there.

The news that isn't being reported is that, over the last decade, Mexico has become a real democracy, providing its citizens a greater voice and opportunities to succeed on their own side of the border. Armed with higher levels of education, upwardly-mobile men and women have been working their way out of poverty, building the largest, most stable middle class in Mexico's history.

This is the Mexico Americans need to get to know. Now more than ever, the two countries are indivisible. It is past time for the U.S. to forge a new relationship with its southern neighbor. Because in no uncertain terms, our future depends on it.