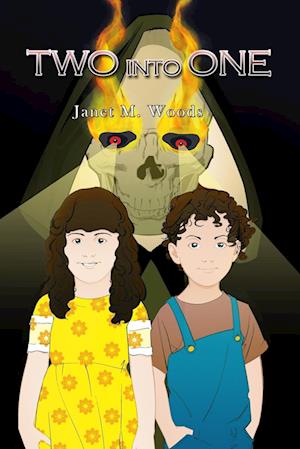 Have you ever had strange and frightening experiences you simply can't explain? Have you ever been terrified in your own home? I.T. teacher Philip Caulfield is content with his normal, ordinary, unexciting life. He and his beautiful wife, Judi, have a son, Alex, who is eight years old, and three daughters - Emma, who is six, and twins Benetta and Bethany, who are four. Things start to unravel when Judi becomes bored with the marriage and demands a divorce. Philip is distraught at the thought of losing his family - but absolutely devastated when both Judi and Benetta are killed in a car crash. The remaining family work hard to put their shattered lives back into some sort of normality. Until the mysteries start and the horror begins. Their home is invaded by a powerful invisible presence. Although he has never placed any credence in 'ghosts,' Philip is forced to open his mind and try to believe the impossible. He has no knowledge of or experience with the Supernatural and he is desperate to find a way to protect his family. But who will ever believe him? Where can he turn for help . . . ?About the Author Janet M. Woods was born in Coventry, a city almost in the exact centre of England, and has lived there all her life. In 1968, she was fortunate enough to marry a wonderful husband and, so far they have spent 47 happy years together. They have three sons, all happily married, a beautiful granddaughter aged 19, and three grandsons aged 21, 6 and 4. Since she was three years old, Janet has been composing and later illustrating verse of all kinds, mainly narrative verse. She has performed recitations of her work in several Coventry primary schools, women's groups and coffee mornings. She has also written plays and pantomimes for mothers and teachers to perform in the schools - wonderful fun!