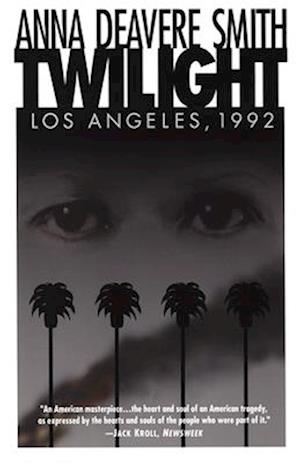 From acclaimed playwright Anna Deavere Smith, a captivating work of dramatic literature and a unique first-person portrait of a pivotal moment in American history: the 1992 Los Angeles riots.

Twilight is a stunning work of "documentary theater" that explores the devastating human impact of the five days of riots following the Rodney King verdict. From nine months of interviews with more than two hundred people, Smith has chosen the voices that best reflect the diversity and tension of a city in turmoil: a disabled Korean man, a white male Hollywood talent agent, a Panamanian immigrant mother, a teenage black gang member, a macho Mexican-American artist, Rodney King's aunt, beaten truck driver Reginald Denny, former Los Angeles police chief Daryl Gates, and other witnesses, participants, and victims. A work that goes directly to the heart of the issues of race and class, Twilight ruthlessly probes the language and the lives of its subjects, offering stark insight into the complex and pressing social, economic, and political issues that fueled the flames in the wake of the Rodney King verdict and ignited a conversation about policing and race that continues today.