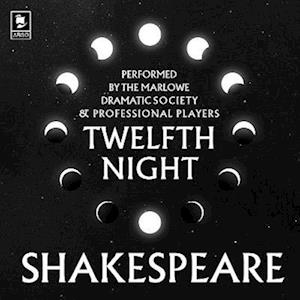 William Collins Books and Decca Records are proud to present ARGO Classics, a historic catalogue of classic prose and verse read by some of the world's most renowned voices. Originally released as vinyl records, these expertly remastered stories are now available to download for the first time.'If music be the food of love, play on;Give me excess of it, that, surfeiting,The appetite may sicken, and so die.'A comedic romance of mistaken identity, Twelfth Night begins with a shipwreck, splitting up Viola and her twin brother, Sebastian. Alone in a strange land, Viola disguises herself as a male servant, Cesario, in order to work for the Duke Orsino. Orsino is in love with Lady Olivia, but it is Cesario that Olivia falls for. A farcical tale of misplaced love, confusion, gender-swapping and aspiration, Twelfth Night remains one of Shakespeare's best-loved and inventive comedies.All of the Shakespeare plays within the ARGO Classics catalogue are performed by the Marlowe Dramatic Society and Professional Players. The Marlowe was founded in 1907 with a mission to focus on effective delivery of verse, respect the integrity of texts, and rescue neglected plays by Shakespeare's contemporaries and the less performed plays of Shakespeare himself. The Marlowe has performed annually at Cambridge Arts Theatre since its opening in 1936 and continues to produce some of the finest actors of their generations.Thurston Dart, Professor of Music at London University and a Fellow of Jesus College Cambridge, directed the music for this production.The full cast includes: Derek Godfrey; Patrick Garland; Peter Orr; John Barton; Ian Lang; Tony Whitehead; Patrick Wymark; Robert Eddison; Tony Church; David Coombes; Peter Pears; Jill Balco; Dorothy Tutin; Prunella Scales.