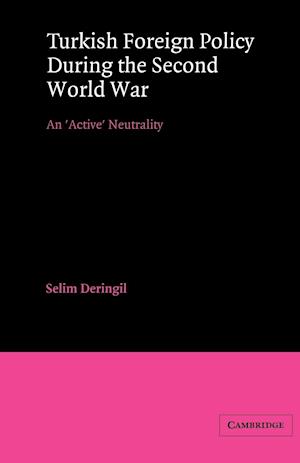 The strategic importance of Turkey at the outset of the Second World War made it inevitable that the newly-born republic should be the target of covetous glances from every great power. This book provides the first comprehensive and systematic analysis of Turkish diplomacy during the conflict, as the Turks successively fended off pressure from both the Axis and Allied powers to enter the war. The Turkish position of 'active neutrality' was criticised both at the time and subsequently for its 'immorality', but Professor Deringil shows that Turkey's own military and political weakness made any other course of action impractical. Preservation of the nascent Turkish state had to be the guiding principle behind her foreign policy, and this was pursued with considerable tactical acumen by diplomats and strategists still, to some extent, versed in the Ottoman tradition.