Turkey: The Pendulum between Military Rule and Civilian Authoritarianism 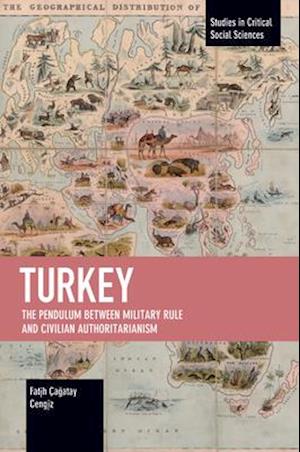 In Turkey: The Pendulum between Military Rule and Civilian Authoritarianism, Fatih Cagatay Cengiz explains Turkey's trajectory of military and civilian authoritarianism while offering an alternative framework for understanding the Kemalist state and state-society relations. This book clearly captures the zeitgeist of the moment Turkey has passed/has been passing through: democratisation, authoritarianism, and the coup cycle. Moreover, the book not only focuses on Turkish domestic politics with regards to procedural democratisation and waves of authoritarianism under the Justice and Development Party ( Adalet ve Kalkinma Partisi, AKP), it also engages with Turkey's recent foreign policy; policy that pushes Turkey to take an active role in the Syrian conflict through the concept of 'Neo-Ottomanism.'