Turkey, Power and the West 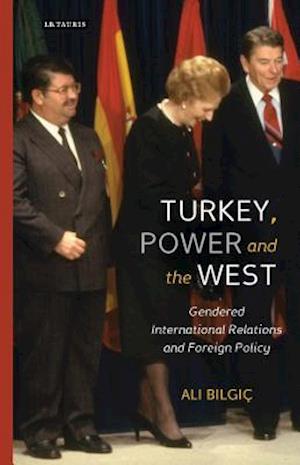 During the leadership of Recep Tayyip Erdo?an and the AKP, the Turkish government shifted from a 'reactive' to an 'activist' foreign policy. As a result, many in the West increasingly began to see Turkey as a key actor in the international relations of the region, and indeed the wider international stage. Turkey and the West offers a unique approach to this transformation and considers questions of Turkish national identity and its relations with the West through the lens of gender studies. From the Ottoman Empire to the present day, the book constructs an image of Turkish foreign policy as reflecting a gendered insecurity - one of a 'non-Western' Turkish masculinity subordinated to a 'Western' hegemonic masculinity - and shows how Turkey's 'subordination' has in turn been internalised by its own politicians. Across a diverse range of sources, Bilgic takes advantage of new theories such as critical security studies (CSS) to paint a picture of a Turkish republic anxious to make its mark on the world stage, yet perennially insecure about its position as a global power.Turkey and the West is essential for students and researchers interested in Turkish politics and the international relations of the Middle East, as well as those with an interest in gender and identity studies.

Forfattere
Bibliotekernes beskrivelse A theoretical study of how different conceptions of masculinity have combined with shifting attitudes towards the West to influence modern Turkish foreign policy.