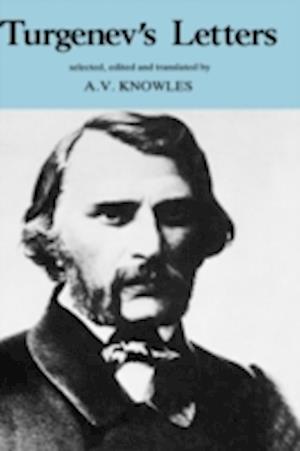 Ivan Turgenev, one of the greatest Russian writers, was the first to achieve real fame outside of his own country. He spent most of his adult life in Western Europe and started to write letters, not just to keep his friends informed of his progress, but 'in order to receive replies'. An entertaining and accomplished correspondent, he rarely objected to publication of his letters, which were written with that possibility in mind. This selection of full letters spans more than fifty years, from 1831 until just before Turgenev's death in September 1883. Turgenev enjoyed conversations by post, debating social and political questions, and issues in literature, art and music. Among his correspondents were major writers of the day (including Flaubert, Zola, Maupassant, Henry James, Tolstoy and Dostoyevsky) as well as friends and relations. Many of the letters reveal his views on contemporary literary and social events in Russia and Europe; others, to his publishers, translators and to aspiring authors, give some of his criteria for a writer. These letters will not provide an answer to the Turgenev enigma, but they do show many sides of this fascinating and mercurial man.The letters are in chronological sections.A biographical framework is provided both by the introductions to these sections and to individual letters, and by the inclusion of letters covering the main events of his life. This selection is an important contribution both to our knowledge and understanding of nineteenth-century Russian and European history and literature. A.V. Knowles is Senior Lecturer in Russian at the University of Liverpool and is the editor of the Tolstoy volume in The Critical Heritage series.