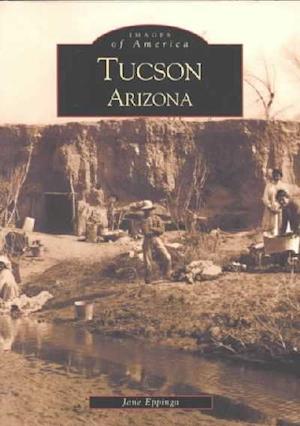 The history of Tucson and its people is long and distinguished. Archaeological records demonstrate that Tucson was inhabited from about 300 to 1300 A.D. by a people called the Hohokam. Through the centuries the flags of Spain, Mexico, the Confederacy, and the United States have flown over Tucson. Images of cowboys and Indians, preachers and gamblers, miners and gunslingers, ladies of the night and churchmen, leave an indelible imprint on the history of this town. From remote Spanish presidio outpost, to Mexican village, to modern metropolis, Tucson has endured. After Mexico's revolution against Spain in 1821, Tucson became part of Mexico. With the 1853 Gadsden Purchase, Tucson joined the United States as part of the Arizona Territory, achieving statehood in 1912. After California's gold rush, many disappointed prospectors (the famous "49ers") stopped and stayed in Tucson. The expansion of the railroad brought many more immigrants. After World War One, many veterans with tuberculosis sought relief in Tucson's warm dry climate. After World War Two, veterans remembered their training during warm winters and moved to Tucson permanently.