- Personas, Needs, and Flaws in the Art of Building Actors and Creating Characters 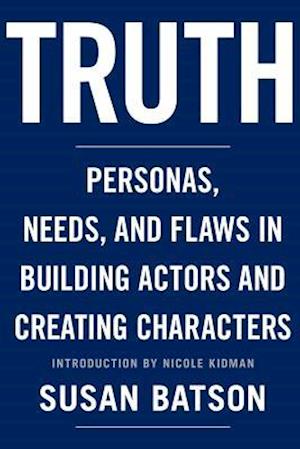 Stanislavski, Strasberg, Meisner, Adler, Berghoff, Hagen, Mamet . . . now Batson. In TRUTH, the most sought after acting guru in Hollywood and on Broadway distills her half century's experience as an actor, director, teacher, and personal coach into a step by step process for creating a character from first read-through to final performance. Debunking a century's worth of myths about "method acting," Batson identifies the unifying forces of Need, Public Persona, and Tragic Flaw to unite the actor with his or her character. TRUTH shows how actively defining and understanding these three principles leads to the most truthful performances possible. A must-read for beginning actors, a wake-up call for working actors, and an indispensable reference for writers, TRUTH reveals the inner game of telling stories and creating vivid, three-dimensional life from words on a page.