- A Literary Introduction to Plato and Aristotle 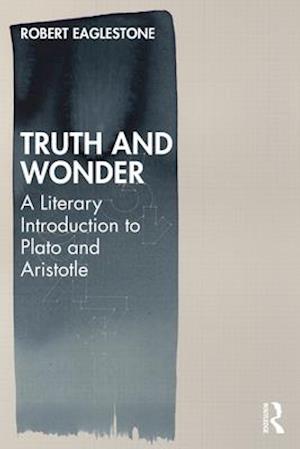 Truth and Wonder is an accessible introduction to Plato and Aristotle, showing their crucial influence for literary and cultural studies, modern languages and related disciplines. It focusses on both what Plato and Aristotle say about literature and how they say it, and so demonstrates the ways their philosophies still shape our reading, thinking and living.In the clear and engaging style for which he has become known, Robert Eaglestone uses Plato and Aristotle's literary qualities to explain their thought. He presents Plato's ideas through the metaphors, stories and style of his dialogues, and Aristotle's ideas through the significance of narrative. Truth and Wonder draws on a wide range of thinkers including Hannah Arendt, Martin Heidegger, Jacques Derrida and Martha Nussbaum, and a number of canonical writers including Phillip Sidney, Percy Shelley, NgA gA wa Thiong'o and Iris Murdoch with examples that will be familiar to students.The ideas of Plato and Aristotle underlie much of Western culture, continue to inspire contemporary literary and philosophical work and shape the case for the central importance of the humanities today. Truth and Wonder is essential reading for students and researchers in the study of literature, theory and criticism as well as for those wishing to understand the foundations of the field. It will also be of interest to those studying philosophy, classics and political theory. Its accessible style and approach also mean it's a perfect starting point for any literary-minded person who wants to know more about these two foundational thinkers.