- Game Shows in Fiction and Film 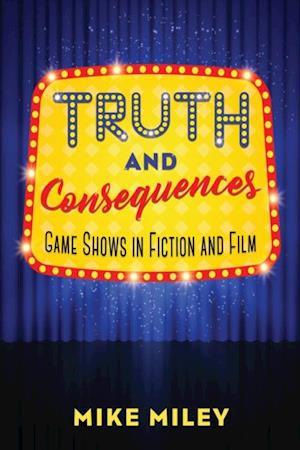 Although nearly every other television form or genre has undergone a massive critical and popular reassessment or resurgence in the past twenty years, the game show's reputation has remained both remarkably stagnant and remarkably low. Scholarship on game shows concerns itself primarily with the history and aesthetics of the form, and few works assess the influence the format has had on American society or how the aesthetics and rhythms of contemporary life model themselves on the aesthetics and rhythms of game shows. In Truth and Consequences: Game Shows in Fiction and Film, author Mike Miley seeks to broaden the conversation about game shows by studying how they are represented in fiction and film. Writers and filmmakers find the game show to be the ideal metaphor for life in a media-saturated era, from selfhood to love to family to state power. The book is divided into 'rounds,' each chapter looking at different themes that books and movies explore via the game show. By studying over two dozen works of fiction and film-bestsellers, blockbusters, disasters, modern legends, forgotten gems, award winners, self-published curios, and everything in between-Truth and Consequences argues that game shows offer a deeper understanding of modern-day America, a land of high-stakes spectacle where a game-show host can become president of the United States.