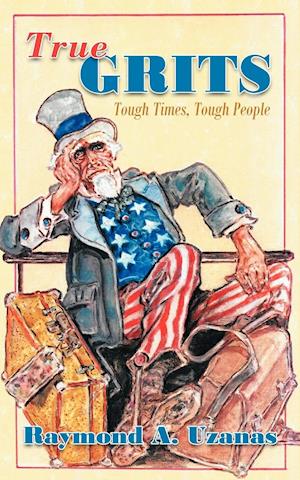 During the latter months of 2008 a financial calamity was unfolding and fears of another Great Depression were sweeping across the globe. In America, once all-powerful behemoths of corporate finance were collapsing into a mere shell of their former selves under a debt avalanche of unknown proportions. Unemployment was rising rapidly and showing no favorites among white and blue-collar workers. Personal and business bankruptcies and foreclosures would skyrocket. In March of 2009, with the U.S. stock market averages down over 50% from their record highs of a couple of years earlier, Uzanas set out on a road trip through much of the Middle Atlantic and Southeastern United States. From the coal country of western Virginia to the gilded avenues of Palm Beach, Ray visited places and met people that mirrored a wide swath of America's complex profile. True Grits is a collection of his stories from those travels that portray the varying challenges faced by Americans as they adapt to an uncertain, but decidedly altered economic landscape.