Tropical Gothic in Literature and Culture 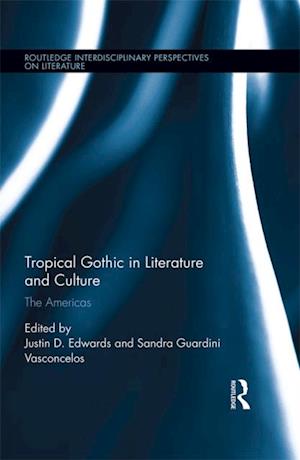 Tropical Gothic examines Gothic within a specific geographical area of 'the South' of the Americas. In so doing, we structure the book around geographical coordinates (from North to South) and move between various national traditions of the gothic (Mexico, Argentina, Brazil, etc) alongside regional manifestations of the Gothic (the US south and the Caribbean) as well as transnational movements of the Gothic within the Americas. The reflections on national traditions of the Gothic in this volume add to the critical body of literature on specific languages or particular nations, such as Scottish Gothic, American Gothic, Canadian Gothic, German Gothic, Kiwi Gothic, etc. This is significant because, while the Southern Gothic in the US has been thoroughly explored, there is a gap in the critical literature about the Gothic in the larger context of region of 'the South' in the Americas. This volume does not pretend to be a comprehensive examination of tropical Gothic in the Americas; rather, it pinpoints a variety of locations where this form of the Gothic emerges. In so doing, the transnational interventions of the Gothic in this book read the flows of Gothic forms across borders and geographical regions to tease out the complexities of Gothic cultural production within cultural and linguistic translations. Tropical Gothic includes, but is by no means limited to, a reflection on a region where European colonial powers fought intensively against indigenous populations and against each other for control of land and resources.a In other cases, the vast populations of African slaves were transported, endowing these regions with a cultural inheritance that all the nations involved are still trying to comprehend. The volume reflects on how these histories influence the Gothic in this region.