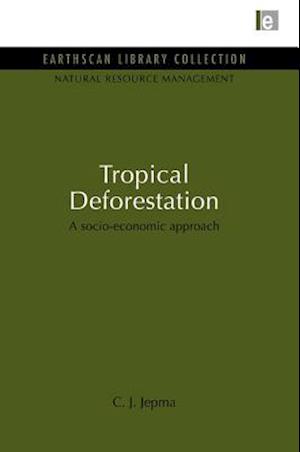 The depletion of the tropical rain forests has attracted considerable attention in recent times, and the serious consequences for the global biosphere are widely acknowledged. Yet deforestation continues apace, and in some areas (for example, southeast Asia) the very existence of the forests is seriously threatened. Contrary to popular belief, evidence suggests that local economic and living conditions are more significant in this than timber exploitation for exports to the Northern countries. Tropical Deforestation - A Socio-Economic Approach offers a new perspective on the economic imperatives which encourage indigenous populations to encroach upon their own forests, and shows how action against deforestation must form part of a wider movement to improve both the living conditions of the local inhabitants and the durability of their national economies. Part 1 offers an overview of the processes surrounding deforestation, and an assessment of the current situation. Part 2 analyses the land-use issues, and explains the socioeconomic imperatives in the affected regions. In an absorbing conclusion. Part 3 guides the reader through a series of hypothetical policy scenarios, using a specially adapted economic computer model, to predict which combinations of policies and trade arrangements might bring about a more beneficial state of affairs.