- Climatology and Impacts in the South Pacific 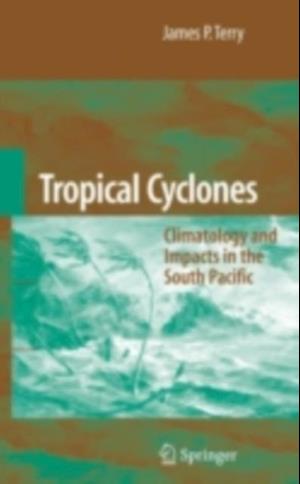 accommodate terrestrial flooding. In consequence, although the natural vegetation may be severely damaged, tropical cyclones may have less geomorphic impact. Low coral islands, such as those that occur on atolls, have the most vulnerable physical environments of all. They are little more than unconsolidated heaps of coralline sands and gravels resting on reef foundations, and are especially prone to overtopping by storm surge and cyclone-driven waves. Associated sediment movement can produce rema- able changes - sometimes the complete obliteration of an island altogether, or on other occasions the creation of entirely new land. Island sensitivity to physical change is strongly conditioned by the degree to which the existing landscape is in dynamic equilibrium with the frequency of tropical cyclones. Walsh (1977) referred to this concept as 'landscape eq- librium with the cyclone environment'. The idea is a simple one: a severe storm is more likely to produce catastrophic change on an island where one has not struck for a long time, since many of the geomorphic features are i- equipped to withstand the impact. In contrast, on islands where the effects of tropical cyclones have been felt more often, the contribution of an individual storm event to landscape change may be less significant. This is because the evolution of the island's physical environment is in some degree of balance with regular climatic perturbations.