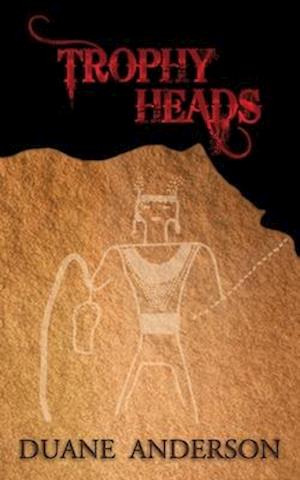 Trophy Heads cover] "Trophy Heads" is a murder mystery set on the Yampa and Green Rivers in Colorado and Utah in June 1965. Shelly Kelly is a 17 year-old high school junior from Berkeley, California, who wants to be an archaeologist. Her parents are University of California professors active in the Vietnam anti-war effort-anxious to get Shelly out of town as things are turning ugly. Shelly volunteers on a Centennial State University river expedition through the majestic canyons at Dinosaur National Monument. Unbeknownst to the university crew two Ku Klux Klan members on the run from killings in Selma, Alabama, are also headed for the canyons to hide from the law. As the drama on the river unfolds, students are murdered, heavy rains and a massive rock slide closes roads and creates a dam on the Yampa River leaving Shelly, a park ranger, and a graduate student to fend for themselves. Shelly's level head, strong will, and resourceful mind, coupled with an experienced river-running park ranger takes them through adventure after adventure to a dramatic conclusion at Jones Hole on the Green River in Utah. Horrible weather, exciting chance archaeological discoveries, an FBI manhunt, and the unexpected appearance of Shelly's parents, combine to make a powerful story with many twists and turns. Throw in one sociopath and one psycho with Ku Klux Klan affiliation and the result is non-stop action and intrigue.