Triple Crown, Annotated by the Author 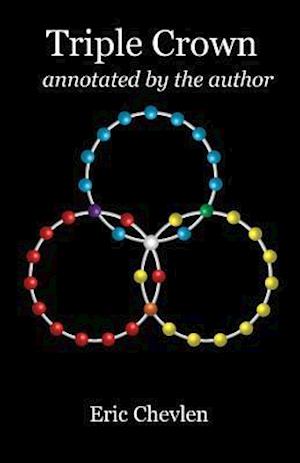 language. The highly structured and interwoven poems deal with three

aspects of reality as seen through the lens of scripture: the universal, the

societal, and the personal. The first cycle of sonnets has a universal theme,

the retelling of the story of Creation. The second cycle describes the conflicts

of the kings of ancient Israel in the early days of its national existence. In the

final cycle, Job describes his suffering, and rails against a world which

appears to be devoid of justice.

In this annotated edition, the author cites the Biblical texts undergirding the

poems, and clarifies pertinent principles of quantum mechanics and kabbalah

as they relate to the text.

Eric Chevlen, MD, was born in Youngstown, OH, in 1949. Before writing

years' experience in the care of desperately ill and suffering people, and

decades of study of Holy Scripture culminated in his writing this book.