- Shortlisted for the Dylan Thomas Prize 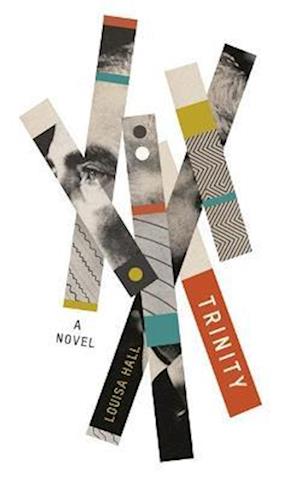 A fascinating, complex, and multi-faceted man, Oppenheimer was a devotee of liberal causes, as well as the father of the atom bombs dropped on Hiroshima and Nagasaki. He loyally protected his Communist friends only to later betray them; he repeatedly lied about love affairs and struggled to explain his actions; he defended the use of the atomic bomb he helped create, then lobbied against nuclear proliferation.Hall's brilliant and fresh new novel explores the overlap between science and literature, the connections between fiction and biography, and the different ways in which we know other people. Ultimately it begs the question: how can we ever really know another person?

Forfattere
Bibliotekernes beskrivelse In the vein of Coetzee's Summertime or W.G. Sebald's The Emigrants, Trinity revisits the life of scientist Robert Oppenheimer as narrated by seven fictional characters who claim to have known him.PRIZES:Long-listed for Dylan Thomas Prize 2019 (UK)