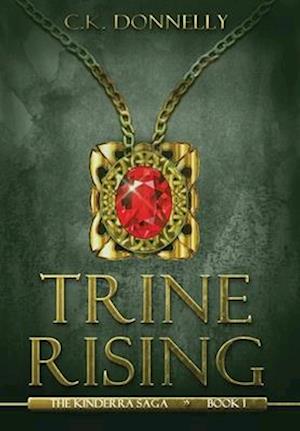 Not all gifts are blessings...

Sixteen-summer-old Mirana Pinal is one of the few to have ever possessed all three magical powers of the Aspects. She has terrifying visions, however, that if she wields her powers, her homeland of Kinderra will be destroyed-through her. Desperate to keep her dark fate from unfolding, she tells no one about her destructive destiny but her beloved Teague Beltran, a young apprentice herbsman born without powers.

When Mirana receives alarming premonitions of an enemy attack on Kinderra, she is forced to reveal to her people that she is a Trine to warn them of the impending assault.

As the Kinderrans fight to hold armies of a cunning and ruthless enemy warlord at bay, Mirana must decide if using her powers will aid her people-or will bring them more peril.