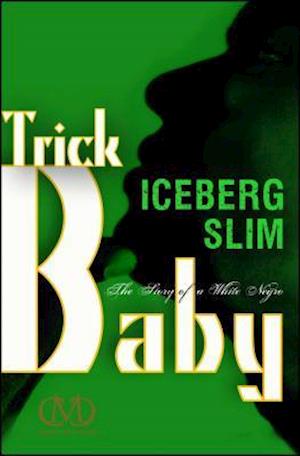 The author that brought black literature to the streets is back. Weaving stories of deceit, sex, humor and race Iceberg Slim, best-selling author of Pimp, brings us the story of a hustler who doesn't just play the con game, he transforms it. Iceberg Slim's story is now depicted in a major motion picture distributed worldwide. Iceberg Slim: Portrait of a Pimp shows Slim's transformation from pimp to the author of 7 classic books. This is the gritty truth, the life of a hustler in south side Chicago where the only characters are those who con and those who get conned. Trick Baby tells the story of "White Folks," a blue-eyed, light-haired, con-artist whose pale skin allows him to pass in the streets as a white man. Folks is tormented early in life, rejected by other children and branded a "Trick Baby," the child conceived between a hooker and her trick. Refusing to abandon his life in the ghetto and a chance at revenge, Folks is taken under the wing of an older mentor, Blue. What happens next is not to be believed. Only Slim could bring us the story of a hustler, forced to learn the game and rise to the top. It's Slim's story and he tells it in the only way he knows how, in the language of the streets.