- Language, Patriotism and Citizenship in Philadelphia's German Community, 1790 to 1830 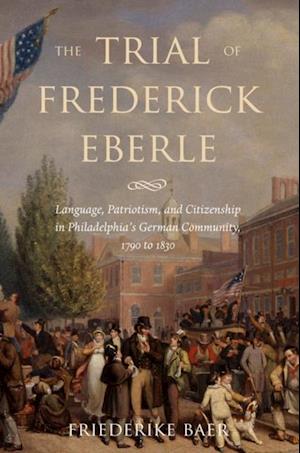 Winner of the 2011 St. Paul, Biglerville Prize from the Lutheran Historical Society of the Mid-AtlanticIn the summer of 1816, the state of Pennsylvania tried fifty-nine German-Americans on charges of conspiracy and rioting. The accused had, according to the indictment, conspired to prevent with physical force the introduction of the English language into the largest German church in North America, Philadelphia's Lutheran congregation of St. Michael's and Zion. The trial marked the climax of an increasingly violent conflict over language choice in Philadelphia's German community, with members bitterly divided into those who favored the exclusive use of German in their church, and those who preferred occasional services in English. At trial, witnesses, lawyers, defendants, and the judge explicitly linked language to class, citizenship, patriotism, religion, and violence. Mining many previously unexamined sources, including German-language writings, witness testimonies, and the opinions of prominent legal professionals, Friederike Baer uses legal conflict as a prism through which to explore the significance of language in the early American republic. The Trial of Frederick Eberle reminds us that debates over language have always been about far more than just language. Baer demonstrates that the 1816 trial was not a battle between Americans and immigrants, or German-speakers and English-speakers. Instead, the individuals involved in the case seized and exploited English and German as powerful symbols of competing cultural, economic, and social interests.