Trial by Fire: World War II and the Founders of Modern Neuroscience and Psychopharmacology 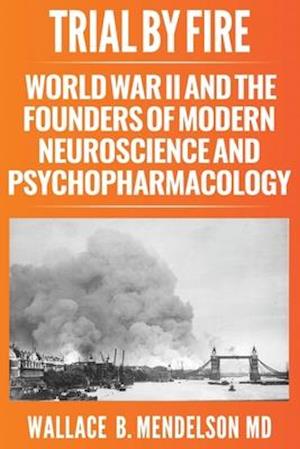 The years after World War II saw the remarkable development of two inter-related fields: neuroscience and psychopharmacology. Many of the creators of these new endeavors were influenced by their experiences in the war. These are their stories. Among them:

An Austrian physiologist is jailed by the Gestapo for the 'crime' of accepting a Nobel Prize, and is only allowed to emigrate, without his family or possessions, when he turns over his prize money to a Nazi-controlled bank.

A French naval surgeon survives the sinking of his destroyer during the Dunkirk evacuation and goes on to revolutionize the use of medicines for psychoses.

A young Czechoslovakian physician, who later develops the first modern tranquilizer, escapes to London; there he sleeps on a park bench while his pregnant wife goes to the Salvation Army.

An American gentleman-scientist and an English neurophysiologist apply their skills in electronics to making radar-controlled guns.

A German neurosurgeon, fleeing to London after saving 60 of his countrymen from a Gestapo round-up for the camps, is prevented by his refugee status from practicing medicine. He finds work in a research facility, and makes advances in nerve regeneration.

An English chemist works in a secret atomic research facility while serving in the Home Guard, survives bombings, and goes on to apply his new skills to developing a greatly improved anesthetic.

These individuals dealt with their experiences in many different ways. Most were able to put these difficult times behind them, some ended in tragedy, and others were remarkably successful but came back to deal with their memories in older age. In this book Dr. Mendelson uses the technique of 'collective biography' to present the little-known background of the discovers who were affected by, and in turn influenced, World War II.