A Treasury of American Folklore 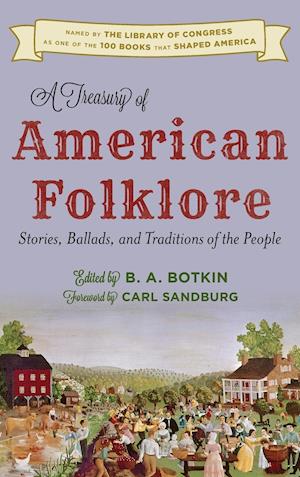 Named by the Library of Congress in a 2012 exhibit as among the top "100 Books that Shaped America," this two-volume set contains 500 stories and 100 songs collected from the author's time as national folklore editor for the Federal Writer's Project (1938-39) as well as his work as archivist of folksongs at the Library of Congress. As Carl Sandburg writes in his foreword, "So here we have nothing less than an encyclopedia of the folklore of America. An encyclopedia is where you get up into box car numbers...besides giving you the company of nice, darnfool yarn spinners, it will give you something of the feel of American history, of the gloom chasers that moved many a good man who fought fire and flood, varmints and vermin, as region after region filled with settlers and homesteaders."