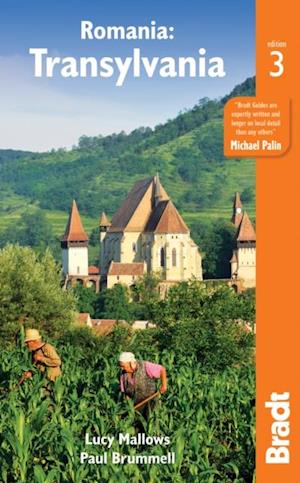 This new, third edition of Bradt's Romania: Transylvania remains the only standalone English language guide to this legendary and enchanting region. Comprehensive chapter-per-county coverage is offered, including details to cater for the diverse range of travellers to the region, from city breaks to rural escapes, ski enthusiasts to charity volunteers. Thoroughly updated, this new edition reflects all the changes of the past few years, from improved transport infrastructure (in particular the regional airports at Cluj, Sibiu and Targu Mures) to the completion of new motorway routes, such as that between Sibiu and Deva. Also covered are a number of striking new accommodation options: for example the sustainable guesthouse in Valea Zalanului owned by HRH The Prince of Wales, and the mountaintop retreat of Raven's Nest in the Apuseni Mountains. More attractions have opened up, such as Baroque palaces formerly owned by Hungarian aristocrats, seized under the Communist regime and now being restored by the descendants of their original owners. And the region is developing its offer for new types of tourism, such as summer rock festivals, notably the Untold Festival at Cluj and Electric Castle Festival at Bontida.Transylvania, literally the 'land beyond the forest', is a wild, wooded, intensely romantic region, filled with mountains, gorges and valleys, myths and legends, dragons, bears, wolves - and vampires. Bram Stoker called it 'one of the wildest and least-known parts of Europe' a description which remains true today. One of the most beautiful regions in central Europe and home to three UNESCO World Heritage Sites, Transylvania preserves its cultural and artistic treasures in a unique landscape, bordered on three sides by the Carpathian Mountains. The hay meadows of the lower Carpathians form a man-made, high nature-value grassland ecosystem of extraordinary diversity, offering a beautiful display of wild flowers. The Carpathians are home too to lynx, wild boar, and one of Europe's largest populations of brown bear. Other natural phenomena include the Scarisoara ice cave in the Apuseni Mountains and the Sfanta Ana volcanic crater lake in Harghita.Whatever your interests, with Bradt's Romania: Transylvania, you can discover all of the region's many and varied attractions.