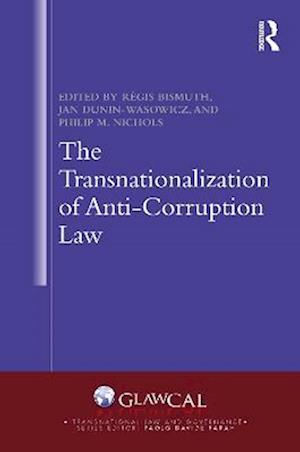 The last twenty years have witnessed an astonishing transformation: the fight against corruption has grown from a handful of local undertakings into a truly global effort. Law occupies a central role in that effort and this timely book assesses the challenges faced in using law as it too morphs from a handful of local rules into a global regime. The book presents the perspectives of a global array of scholars, of policy makers, and of practitioners. Topics range from critical theoretical understandings of the global regime as a whole, to regional and local experiences in implementing and influencing the regime, including specific legal techniques such as deferred prosecution agreements, addressing corruption issues in dispute resolution, whistleblower protection, civil and administrative prosecutions, as well as blocking statutes. The book also includes discussions of the future shape of the global regime, the emergence of transnational compliance standards, and discussions by leaders of international organizations that take a leading role in the transnationalization of anti-corruption law.The Transnationalization of Anti-Corruption Law deals with the most salient aspects of the global anti-corruption regime. It is written by people who contribute to the structure of the regime, who practice within the regime, and who study the regime. It is written for anyone interested in corruption or corruption control in general, anyone with a general interest in jurisprudence or in international law, and especially anyone who is interested in critical thinking and analysis of how law can control corruption in a global context.