indgår i serie The "Translator" S 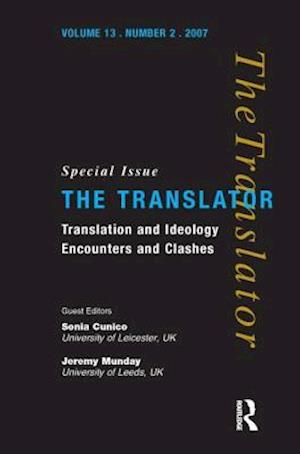 Ideology has become increasingly central to work in translation studies. To date, however, most studies have focused on literary and religious texts, thus limiting wider understanding of how ideological clashes and encounters pervade any context where power inequalities are present. This special edition of The Translator deliberately focuses on ideology in the translation of a rich variety of lesser-studied genres, namely academic writing, cultural journals, legal and scientific texts, political interviews, advertisements, language policy and European Parliament discourse, in all of which translation as a social practice can be seen to shape, maintain and at times also resist and challenge the asymmetrical nature of exchanges between parties engaged in or subjected to hegemonic practices. The volume opens with two ground-breaking papers that investigate the nature and representation of truth and knowledge in the translation of the sciences, followed by two contributions which approach the issue of shifts in the translation of ideology from the standpoint of critical linguistics and critical discourse analysis, using data from political speeches and interviews and from English and Korean versions of Newsweek. Other contributions discuss the role that translation scholars can play in raising public awareness of the manipulative devices used in advertising; the way in which potentially competing institutional and individual ideologies are negotiated in the context of interpreting in the European Union; the role translation plays in shaping the politics of a multilingual nation state, with reference to Belgium; and the extent to which the concepts of norms and polysystems may be productive in investigating the link between translation and ideology, with reference to Chinese data.