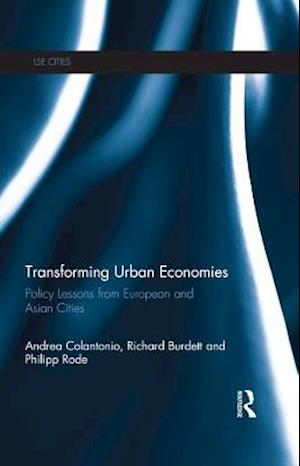 Cities house the majority of the world's population and are the dynamic centres of 21st century life, at the heart of economic, social and environmental change. They are still beset by difficult problems but often demonstrate resilience in the face of regional and national economic decline. Faced by the combined threats of globalisation and world recession, cities and their metropolitan regions have had to fight hard to maintain their global competitiveness and protect the quality of life of urban residentsTransforming Urban Economies: Policy Lessons from European and Asian Cities, the first in an ongoing series of research volumes by LSE Cities, provides insights in how cities can respond positively to these challenges. The fine-grained and authoritative analysis of how Barcelona, Turin, Munich and Seoul have been transformed in the last 20 years examines comparative patterns of decline, adaptation and recovery of cities that have successfully managed to transform their economies in the face of economic hardship. This in-depth and practical analysis is aimed at urban leaders, designers, planners, policymakers and scholars who want to understand the dynamics of economic resilience while cities are still suffering from the aftershocks of the 2008 recession. The book highlights the importance of aligned and multi-level governance, the need for strategic public investments and the role of the private sector, universities and foundations in leading and guiding complex processes of urban recovery in an increasingly uncertain age.