Transformers The Complete All Hail Megatron

- The Complete All Hail Megatron 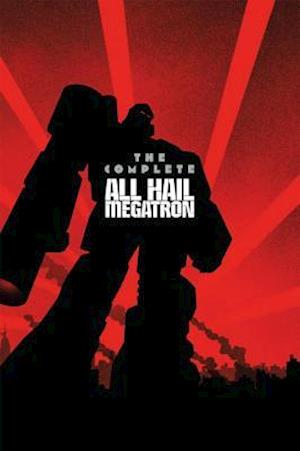 Rejoice, Decepticon brethren The pretender, Optimus, and his treacherous Autobots are defeated, Earth is all but defenseless, and the time for conquest is at hand After at last succeeding in defeating the Autobots, the Decepticons set about ruling our planet with an iron fist. Their forces invade and control New York and, before long, they manage to cripple the United States. It's a war between the U.S. armed forces and a giant species of technologically advanced killing machines--a war that suddenly becomes incredibly one-sided Meanwhile, the battered and broken Autobots struggle to survive a forced exile on their dead homeworld of Cybertron. Defeated by to an unknown traitor in their midst, the Autobots sturggle to maintain their trust and unity... and nothing short of a miracle will save them from utter extinction