The Transformation of Plato's Republic 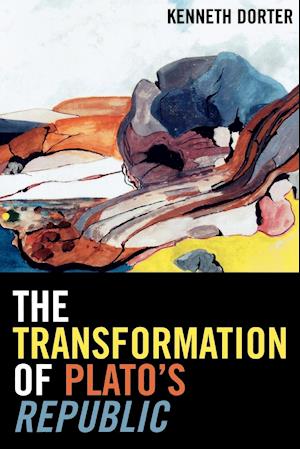 Author Ken Dorter, in a passage-by-passage analysis traces Plato's depiction of how the most basic forms of human functioning and social justice contain the seed of their evolution into increasingly complex structures, as well as the seed of their degeneration. Dorter also traces Plato's tendency to begin an investigation with models based on rigid distinctions for the sake of clarity, which are subsequently transformed into more fluid conceptions that no longer sacrifice complexity and subtlety for clarity. It's the author's claim that virtually every positive doctrine put forward in the dialogue is problematized somewhere else in the dialogue. This accounts for the apparent incoherence among various parts of the Republic. The dramatic changes of style and content after Books 1, 4, 7, and 9 give it an appearance of being a pastiche of material written at different times, as it is often interpreted. Dorter locates an underlying structure that explains these changes. It is widely recognized that the dialogue is organized symmetrically in the form of an arch, with the beginning and end sharing related themes, the second and penultimate sections sharing other related themes, and so on until the forward series and the reverse series meet in the middle of the dialogue. Dorter's original claim is that the symmetrical segments of the arch reflect the levels of the 'Divided Line.' Dorter contends that the overall organization of the Republic can be seen to illustrate and imitate the philosophers' ascent from the cave, and their subsequent return to it with altered perspectives. This erudite, salient, and expansive new look at Plato's Republic is essential for philosophy, political theorists, and anyone interested in Plato scholarship.