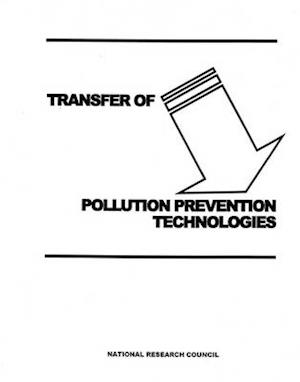 The activities of the Department of Defense (DOD) and its contractors in manufacturing, testing, maintaining, and disposing of military equipment make up a significant portion of the industrial processes conducted in the United States. As is the case with the commercial industries, some of these activities, such as metal plating, have resulted in industrial pollution and environmental contamination. With increasing environmental regulation of such processes in recent decades, defense facilities have been faced with growing compliance issues. Department of Defense efforts to manage, correct, and prevent these problems have included the establishment of the National Defense Center for Environmental Excellence (NDCEE) under the management of the U.S. Army Industrial Ecology Center (IEC). The National Research Council's Committee to Evaluate Transfer of Pollution Prevention Technology for the U.S. Army was formed to identify major barriers to the transfer of pollution prevention technologies and to recommend pathways to success.To address the study objectives, the committee (1) reviewed the NDCEE's technology transfer activities, (2) examined efforts to transfer technology in four areas, two of which were identified at the outset by the NDCEE as successful and two of which were identified as unsuccessful, and (3) identified opportunities for improving the transfer of pollution prevention technologies to maintenance and rework facilities in the Department of Defense and to industrial manufacturing facilities performing defense-related operations.