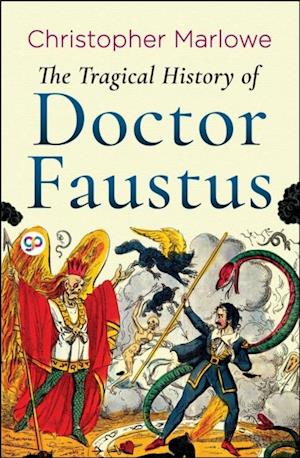 The Tragical History of Doctor Faustus by one of the most famous playwrights in all of literature, Christopher Marlowe. Marlowe's tragic plays, noted for their blank verse and unique protagonists, were a great influence on the legendary William Shakespeare. This play is based on the Faustus story, in which a man sells his soul to the devil for power and knowledge. Doctor Faustus was first published in 1604, eleven years after Marlowe's death and at least twelve years after the first performance of the play.Faustus immediately takes advantage of his divine skills, using them to impress various men of distinction. Marlowe uses supernatural themes to explore the dire trappings of human nature. With influences from Christian doctrine, the story implicates the true wages of sin stemming from greed, gluttony and pride. The author illustrates how the greatest tragedy is the one of your own making. It is the most controversial Elizabethan play outside of Shakespeare, with few critics coming to any agreement as to the date or the nature of the text.