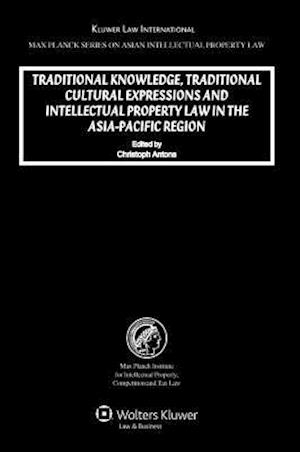 Among the many contentious matters thrown up by the relentless march of economic globalization, those forms of knowledge variously known as 'indigenous' or 'traditional' remain seriously threatened, despite numerous transnational initiatives and highly publicized debate. It is not proving easy to bring these holistic worldviews into accordance with the technical terms and classifications of intellectual property law. The contributions in this volume contrast efforts to find solutions and workable models at the international and regional level with experiences on the ground. Legal policies related to 'indigenous knowledge' in settler societies such as Australia and New Zealand are compared with those in densely populated neighbouring countries in Asia, where traditional knowledge is often regarded as national heritage. While many of the chapters are written by lawyers using an interdisciplinary approach, other chapters introduce the reader to perspectives from disciplines such as legal sociology and anthropology on controversial issues such as the understandings of 'art, ' 'culture, ' 'tradition, ' 'customary law' and the opportunities for traditional cultural knowledge and traditional cultural expressions in an Internet environment. Experienced observers of the international debate and regional experts discuss international model laws as well as legislation at regional and national level and the role of customary law. Topics covered include the following and much more: the concept of 'farmers' rights'; biodiscovery and bioprospecting; traditional knowledge as a commodity; encounters between different legalities; geographical indications; registration requirements; sanctions, remedies, and dispute resolution mechanisms; the ongoing fragmentation and loss of traditional knowledge; and systems of data collection.