- The Stratigraphic Sequence at Kurban Hoyuk 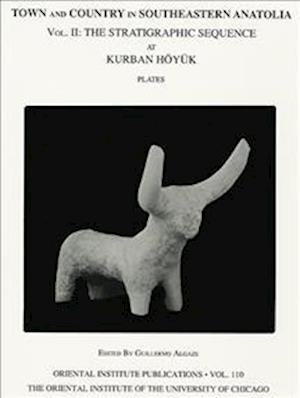 Until recently, the lower Euphrates basin in southeastern Turkey had remained closed to research. The region was virtually unexplored, an archaeological terra incognita. This situation was particularly regrettable since downstream in northern Syria recent archaeological work along the Euphrates basin had demonstrated beyond doubt the historical importance of the area. A dramatic change occurred in the second half of the 1970s as a result of the announcement of plans by the Turkish government to build two additional dams on the Euphrates river as part of its long-term development program for southeastern Anatolia, the Guneydo (c)u Anadolu Projesi. This allowed comprehensive surveys to be made of the areas and sites to be destroyed by the reservoirs of the dams in question, the Karakaya and Karababa (now Ataturk) dams, and ultimately for the start of an international archaeological salvage effort within the reservoir areas. As part of this effort a number of Turkish and foreign expeditions were fielded, and as a result of their work a much clearer picture than was heretofore possible of the archaeological history of an important region of the northern periphery of the Fertile Crescent has begun to emerge.It is in this context that the Chicago Euphrates Archaeological Project of the Oriental Institute of the University of Chicago should be understood. It conducted excavations at one of the threatened sites, Kurban Hoeyuk, and carried out surveys of its immediate environs. The site is located in the lower portion of the Karababa reservoir area and is one of several sites that hold the key for understanding the archaeological sequence of the lower portion of the Euphrates basin in southeastern Turkey.