Toward Better Governance in China 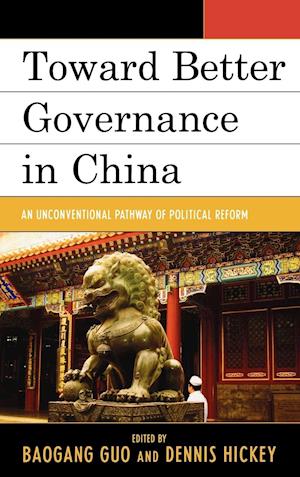 Toward Better Governance in China takes a fresh look at the latest efforts made by Chinese leaders to promote governance-based reform. It asserts that the improvement of governance has now become one of the breakthrough points of the much anticipated political reform. Although the Chinese government continues to play down expectations about political reform, many small-scale reform experiments have been quietly undertaken by Chinese leaders at various levels in recent years, including the new round of administrative reform centered on the creation of "super ministries," the enlargement of inner-party democracy within the Chinese Communist Party (CCP), the strengthening of local legislative bodies, and judicial reform designed to promote judicial independence and rule of law. This strategy calls for strengthening governing capacity and changing government functions. One of the advantages in placing the improvement of governance first is that it is less risky than embarking upon a full-scaled electoral reform. Electoral democracy is undoubtedly an important element in a functional democracy. But equally important is the effectiveness, transparency, accountability, and openness of the governing process. Better governance implies greater transparency, open deliberation and participation, and less adversarial political confrontation and conflict. If constructed properly, China may become the sort of democratic administration or administrative democracy that Robert Dahl discussed in 1947. Clearly, political reform of this kind does not follow the conventional wisdom of a democratic transition which places heavy emphasis on electoral reform or the precedence of the electoral reform to the government reform. This book is intended to shed some new light on the ongoing debate about the direction of China's political development.