Toward a Pragmatist Metaethics 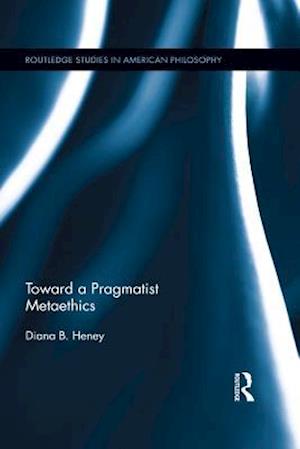 In our current social landscape, moral questions-about economic disparity, disadvantaging biases, and scarcity-are rightly receiving attention with a sense of urgency. This book argues that classical pragmatism offers a compelling and useful account of our engagement with moral life. The key arguments are first, that a broader reading of the pragmatist tradition than is usually attempted within the context of ethical theory is necessary; and second, that this broad reading offers resources that enable us to move forward in contemporary debates about truth and principles in moral life. The first argument is made by demonstrating that there is an arc of theoretical unity that stretches from two key founders of pragmatism-Charles Sanders Peirce and William James-through the work of John Dewey and Clarence Irving Lewis. The second argument is made by engaging with contemporary debates concerning the truth-status of the judgments and assertions made in ordinary moral discourse, as well as the role and nature of moral principles. Toward a Pragmatist Metaethics will be of interest to scholars of American philosophy, American intellectual history, and moral and political theorists, as well as anyone interested in the contours and demands of shared moral discourse.