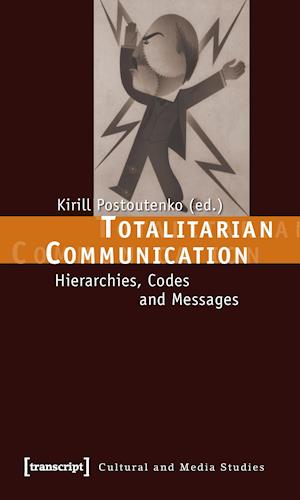 Totalitarianism has been an object of extensive communicative research since its heyday: already in the late 1930s, such major cultural figures as George Orwell or Hannah Arendt were busy describing the visual and verbal languages of Stalinism and Nazism. After the war, many fashionable trends in social sciences and humanities (ranging from Begriffsgeschichte and Ego-Documentology to Critical Linguistics and Critical Discourse Analysis) were called upon to continue this media-centered trend in the face of increasing political determination of the burgeoing field. Nevertheless, the integration of historical, sociological and linguistic knowledge about totalitarian society on a firm factual ground remains the thing of the future. This book is the first step in this direction. By using history and theory of communication as an integrative methodological device, it reaches out to those properties of totalitarian society which appear to be beyond the grasp of specific disciplines. Furthermore, this functional approach allows to extend the analysis of communicative practices commonly associated with fascist Italy, Nazi Germany and Soviet Union, to other locations (France, United States of America and Great Britain in the 1930s) or historical contexts (post-Soviet developments in Russia or Kyrgyzstan). This, in turn, leads to the revaluation of the very term "totalitarian": no longer an ideological label or a stock attribute of historical narration, it gets a life of its own, defining a specific constellation of hierarchies, codes and networks within a given society.