- Proceeding of the International Symposium on Total Knee Replacement, May 19-20, 1987, Nagoya, Japan 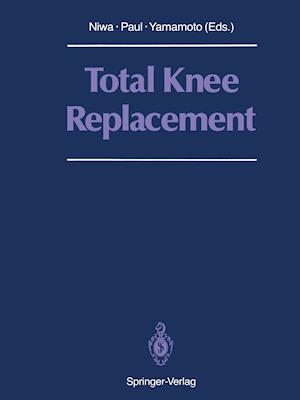 Back in September of 1974, I acquired much valuable information while attending the International Conference on Total Knee Replacement in London, which was organized by The Medical Engineering Working Party and the Tribology Group of the Institution of Mechanical Engineers, and the British Orthopaedic Association. I was greatly inspired by the conference, and it formed the beginning of my studies on total knee replacement. The co-editors of this proceedings, Prof. J. Paul and Dr. S. Yamamoto, are both acquaintances made originally at that conference. The International Symposium on Total Knee Replacement held in Nagoya, Japan, on 18-19 May 1987 was attended by many participants, including Prof. Walker, who had presented his studies earlier in London. During the past decade and a half, remarkable technical progress has been made in total knee prostheses. In this symposium, cemented total knee replacement (TKR), noncemented TKR, design considerations of total knee prostheses, problems concerning the patello femoral joint, and the newly developed total knee prosthesis were the main topics discussed. I believe that much new information, including that about the challenges which still remain, along with a fresh view towards continuing studies, are presented here for the reader. I would like to express my sincere gratitude to the support of the Knee Joint Research Society in Japan and to the participants in the symposium for their great help in publishing this book.