Torture and Peacebuilding in Indonesia

- The Case of Papua 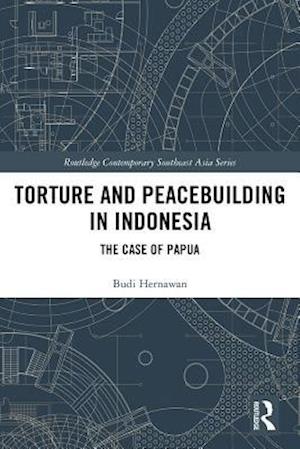 State-sponsored torture and peacebuilding encapsulate the essence of many of the current conflicts in Indonesia. Papua in particular provides a thought-provoking example of the intricacy and complexity of building peace amidst enduring conflict and violence. This book examines the complex power relations that have constructed the gruesome picture of the fifty-year practice of torture in Papua, as well as the ongoing Papuan peacebuilding movements that resist the domineering power of the Indonesian state over Papuans. Conceptualising 'theatres of torture and peace', the book argues that torture in Papua is performed in public by the Indonesian state in order to communicate its policy of terror towards Papuans - it is not meant for extracting information, gaining confessions or exacting punishment. A Torture Dataset is provided, codifying evidence from a broad range of cases, collected through sensitive interviews. In examining the data, the author crafts a new, more holistic framework for analyzing cases of torture and employs an interdisciplinary approach integrating three different theories: Foucault's theory of governmentality and sovereignty, Kristeva's theory of abjection and Metz's theory of memoria passionis (the memory of suffering). The book successfully establishes a new understanding of torture as 'public theatre' and offers a new perspective of strengthening the existing Papuan peacebuilding framework of Papua Land of Peace. It will be of interest to academics working on Southeast Asian Studies, Peace and Conflict Studies, Transitional Justice, Peacebuilding, Human Rights and Anthropology of Violence.