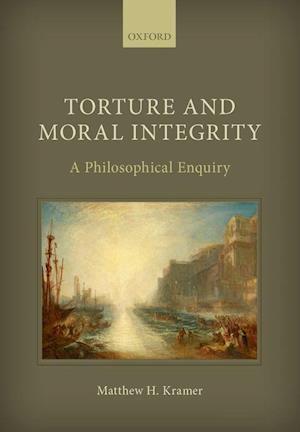 Torture and Moral Integrity tackles a concrete moral problem that has been hotly debated by governments, scholars, and the media: the morality of interrogational torture. It discusses multiple types of torture with great philosophical acuity and seeks to explain why interrogational torture and other types of torture are always and everywhere morally wrong. At the same time, it rigorously plumbs the general structure of morality and the intricacies of moralconflicts and probes some of the chief grounds for the moral illegitimacy of various modes of conduct. It defends a deontological conception of morality against the subtle critiques that have been mounted over the past few decades by proponents of consequentialism. Kramer's recommendations concerning the legal consequences of the perpetration of torture by public officials or private individuals, for example, are based squarely on his more abstract accounts of the nature of torture and the nature of morality. His philosophical reflections on the structure of morality are a vital background for his approach to torture, and his approach to torture is a natural outgrowth of those philosophical reflections.

Forfattere
Bibliotekernes beskrivelse The morality of interrogational torture has been the subject of heated debate in recent years. In explaining why torture is morally wrong, Kramer engages in deep philosophical reflections on the nature of morality and on moral conflicts.