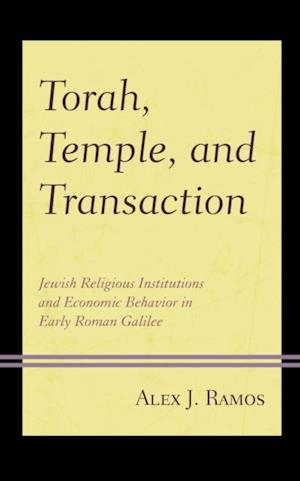 In this book, Alex J. Ramos examines production, consumption, and transaction in the regional economy of Galilee during the Early Roman period. Drawing on literary sourcesincluding biblical texts, Josephus, and the Mishnahand archaeological evidence, he assesses the ways that the Roman and Herodian states, settlement patterns, and Jewish religious obligations would have shaped household economic behavior. Approaching the topic through new institutional economics, Ramos considers the role of state institutions of administration and taxation and religious institutions derived from the Torah and the Temple in structuring for Galilean Jews the incentives, priorities, and costs of economic decision making. In contrast to classical economic assumptions of what is economically ';rational' behavior, he considers the ways that the laws of the Torah defined the bounds of rational and socially permissible approaches to economic production, consumption, and transaction. Ultimately, Ramos argues that state institutions played a rather indirect and weak role in shaping the economy through much of the Early Roman Galilee; religious institutions, by comparison, played a more formative role in defining economic behavior.