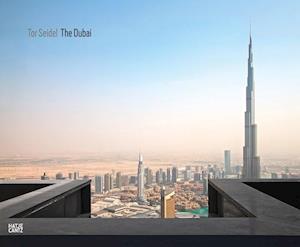 Dubai was rapidly transformed by the discovery of oil in the nineteen-fifties. Within a brief period the num-ber of inhabitants rose three hundred percent. The construction of the world's tallest buildings in the desert metropolis was followed by scores of amuse-ment parks, two hundred artificial islands, tourism, and consumption. New Dubai emerged without any historical precedents, a concept of a center, or logical network of streets. Tor Seidel (* 1964) views this frag-mented urban landscape from a distance. Resisting the allure of these outward appearances, he points to the yawning gaps in this facade. In his photographs giant shopping malls are spread out before the mel-ancholy backdrop of mammoth building projects that have been abandoned. The artist does not make clear whether his photographs have been digitally edited or are authentic depictions of reality, and thus The Dubai becomes an allegory of a dazzling metropolis situated between promise and illusion.