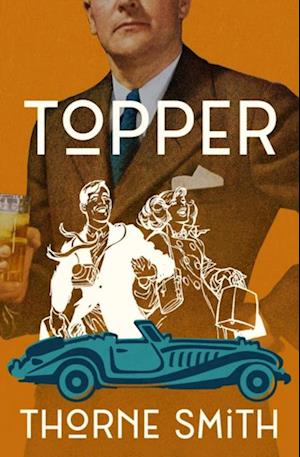 The Jazz Age comedy of manners about a straitlaced banker and two bon vivant ghosts that inspired the classic film starring Cary Grant.Bank manager Cosmo Topper has settled into a stable, respectable, and thoroughly boring life. In need of a little adventure, he decides to buy a secondhand cara detail he neglects to tell his staid wife, Mary. But Topper's little secret turns into an unexpectedly wild ride when he discovers the automobile is haunted by its previous owners...George and Marion Kerby were a ribald, reckless, fun-loving coupleright up until they crashed into a tree. But even in death, they're determined to be the life of the party. Making it their mission to save Topper from his dreary life, they conjure up endless hijinks for him and anyone else who crosses their path. A popular phenomenon when it was first published in 1926, Topper has an enduring comic appeal. It's also the groundbreaking work of fantasy fiction that ';created the modern American ghost. A ghost with style and wit. A ghost that haunts us still' (The New York Times).