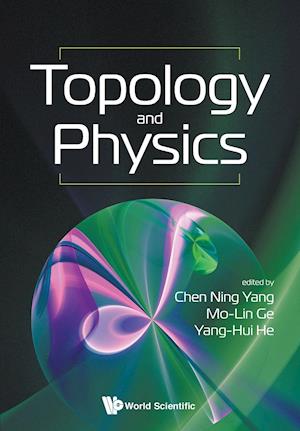 'The book is an engaging and influential collection of significant contributions from an assembly of world expert leaders and pioneers from different fields, working at the interface between topology and physics or applications of topology to physical systems ... The book explores many interesting and novel topics that lie at the intersection between gravity, quantum fields, condensed matter, physical cosmology and topology ... A rich, well-organized, and comprehensive overview of remarkable and insightful connections between physics and topology is here made available to the physics reader.'Contemporary PhysicsSince its birth in Poincare's seminal 1894 'Analysis Situs', topology has become a cornerstone of mathematics. As with all beautiful mathematical concepts, topology inevitably - resonating with that Wignerian principle of the effectiveness of mathematics in the natural sciences - finds its prominent role in physics. From Chern-Simons theory to topological quantum field theory, from knot invariants to Calabi-Yau compactification in string theory, from spacetime topology in cosmology to the recent Nobel Prize winning work on topological insulators, the interactions between topology and physics have been a triumph over the past few decades.In this eponymous volume, we are honoured to have contributions from an assembly of grand masters of the field, guiding us with their world-renowned expertise on the subject of the interplay between 'Topology' and 'Physics'. Beginning with a preface by Chen Ning Yang on his recollections of the early days, we proceed to a novel view of nuclei from the perspective of complex geometry by Sir Michael Atiyah and Nick Manton, followed by an entree toward recent developments in two-dimensional gravity and intersection theory on the moduli space of Riemann surfaces by Robbert Dijkgraaf and Edward Witten; a study of Majorana fermions and relations to the Braid group by Louis H Kauffman; a pioneering investigation on arithmetic gauge theory by Minhyong Kim; an anecdote-enriched review of singularity theorems in black-hole physics by Sir Roger Penrose; an adventure beyond anyons by Zhenghan Wang; an apercu on topological insulators from first-principle calculations by Haijun Zhang and Shou-Cheng Zhang; finishing with synopsis on quantum information theory as one of the four revolutions in physics and the second quantum revolution by Xiao-Gang Wen. We hope that this book will serve to inspire the research community.