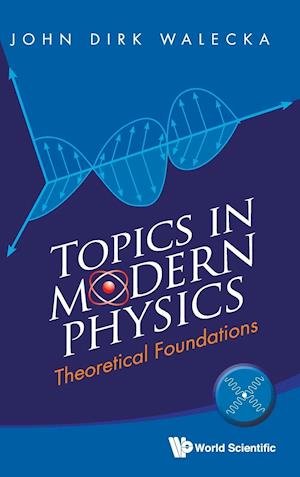 While the two previous books entitled Introduction to Modern Physics: Theoretical Foundations and Advanced Modern Physics: Theoretical Foundations exposed the reader to the foundations and frontiers of today's physics, the goal of this third volume is to cover in some detail several topics omitted in the essentially linear progression of the first two.This book is divided into three parts. Part 1 is on quantum mechanics. Analytic solutions to the Schroedinger equation are developed for some basic systems. The analysis is then formalized, concluding with a set of postulates for the theory. Part 2 is on applications of quantum mechanics: approximation methods for bound states, scattering theory, time-dependent perturbation theory, and electromagnetic radiation and quantum electrodynamics. Part 3 covers some selected topics in relativistic quantum field theory: discrete symmetries, the Heisenberg picture, and the Feynman rules for quantum chromodynamics.The three volumes in this series taken together provide a clear, logical, self-contained, and comprehensive base from which the very best students can learn modern physics. When finished, readers should have an elementary working knowledge in the principal areas of theoretical physics of the twentieth century.