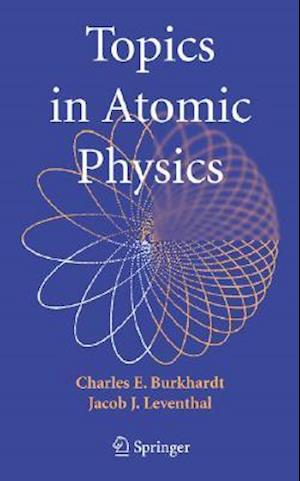 The importance of the ?eld of atomic physics to modern technology cannot be overemphasized. Atomic physics served as a major impetus to the development of the quantum theory of matter in the early part of the twentieth century and, due to the availability of the laser as a laboratory tool, it has taken us into the twen- ?rst century with an abundance of new and exciting phenomena to understand. Our intention in writing this book is to provide a foundation for students to begin researchinmodernatomicphysics. Asthetitleimplies,itisnot,norwasitintended to be, an all-inclusive tome covering every aspect of atomic physics. Any specialized textbook necessarily re?ects the predilection of the authors toward certain aspects of the subject. This one is no exception. It re?ects our - lief that a thorough understanding of the unique properties of the hydrogen atom is essential to an understanding of atomic physics. It also re?ects our fasci- tion with the distinguished position that Mother Nature has bestowed on the pure Coulomb and Newtonian potentials, and thus hydrogen atoms and Keplerian - bits. Therefore, we have devoted a large portion of this book to the hydrogen atom toemphasizethisdistinctiveness. Weattempttostresstheuniquenessoftheattr- tive 1/r potential without delving into group theory. It is our belief that, once an understanding of the hydrogen atom is achieved, the properties of multielectron atoms can be understood as departures from hydrogenic properties.